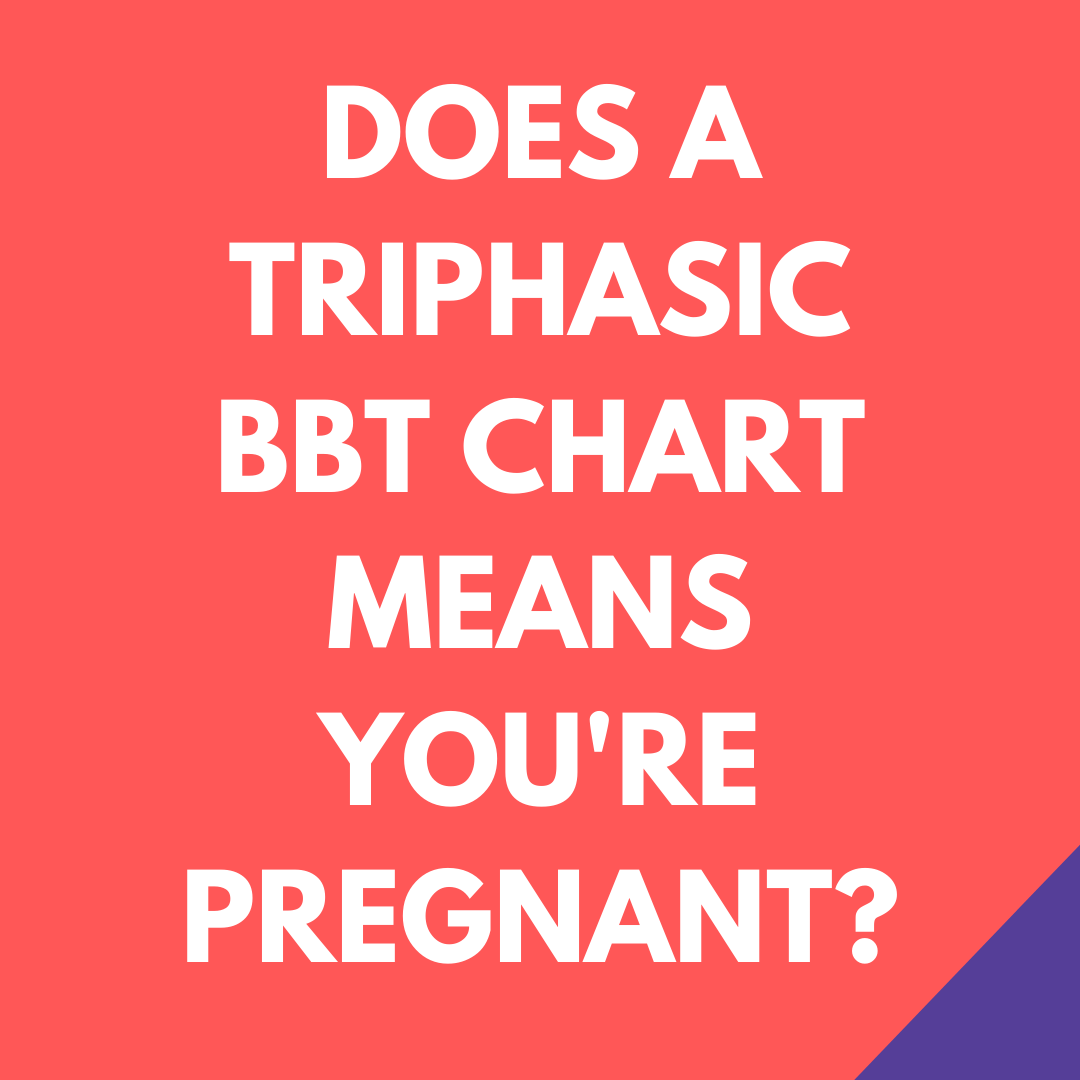 The different types of BBT patterns

If you’re charting your basal body temperature (BBT) you’re probably familiar with these three patterns:⁣⁣⁣
⁣⁣⁣
– Monophasic⁣⁣⁣
– Biphasic⁣⁣⁣
– Triphasic⁣⁣⁣
⁣⁣⁣
Monophasic (one-phase) charts show no shift in temperature comparing before and after ovulation. Monophasic charts often occur during cycles where you don’t ovulate (anovulatory cycles).⁣
⁣⁣⁣
Biphasic (two phases) pattern charts are your typical ovulatory charts. The temperature readings fluctuate a bit, but in general, they are low before ovulation, and high after.⁣⁣⁣
⁣⁣⁣
Triphasic (three phases) pattern charts are similar to biphasic charts but instead of 2 phases, there are 3! The temperature before ovulation (low), after ovulation (high), and after implantation of the embryo (even higher).⁣⁣⁣ Let me show you an example. Do you see where that arrow is? That third shift in temperatures? That’s your triphasic pattern.⁣⁣⁣
⁣⁣⁣

This is what a Triphasic Basal Body Temperature (BBT) chart looks like.

There is a feedback loop of hCG (the pregnancy hormone that is secreted after the embryo has implanted) and the hormone progesterone, which causes your temperature to rise.⁣⁣⁣
⁣⁣⁣
These hormones cause changes in temperature that are helpful when charting, but a third jump in temperature, which is when the embryo implants, is surprisingly difficult to see on a chart! Analysis of close to 150,000 charts of Fertility Friend (“Triphasic Pattern and Pregnancy”.), showed that a triphasic chart was found only in 12.5% of charts. On average, this temp rise happens 9 days after ovulation, around the average day of implantation!⁣⁣⁣
⁣⁣⁣

Not Just When You’re Pregnant