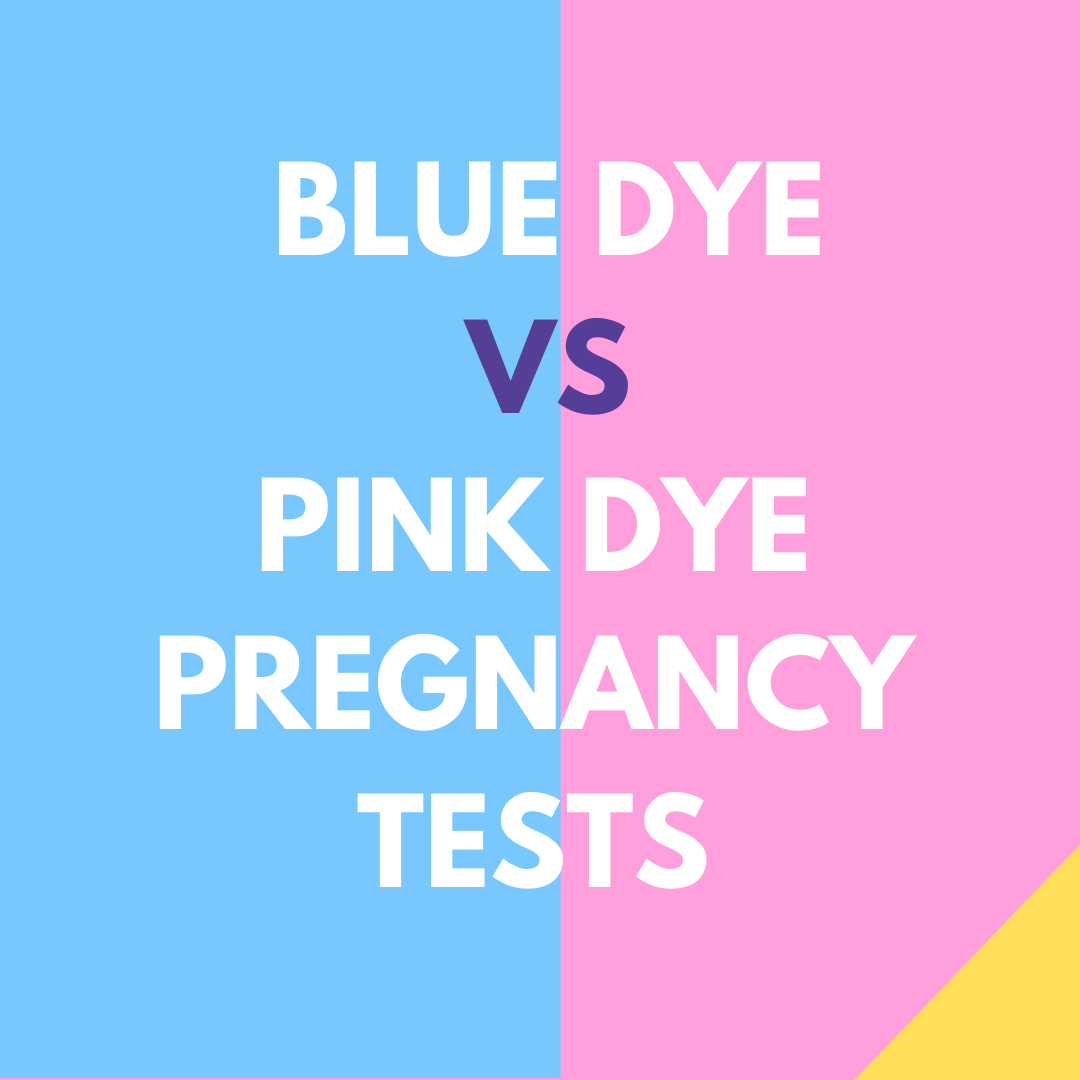 The Blue vs Pink Dye Discussion

We all know that even a faint line still means you’re pregnant. But what if that faint line shows up on a blue dye test, is it any different?⁣⁣⁣ 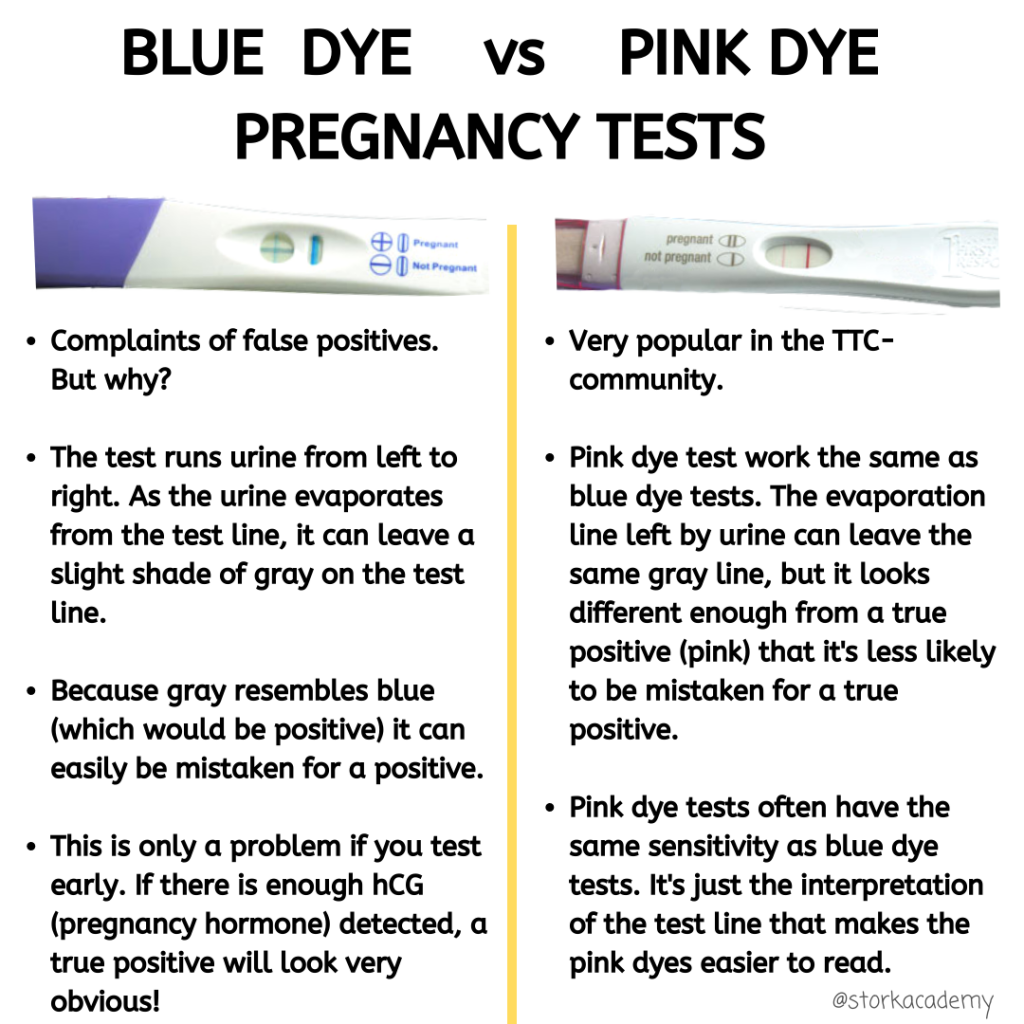 ⁣⁣⁣
Pregnancy tests (no matter what color) work by detecting hCG (the pregnancy hormone) in your urine. There are two main antibody strips on the test. As your urine moves across the test, the hCG present in your urine (if you’re pregnant) binds to the antibodies of the test line, and a chemical reaction causes a change in color (blue for blue dye tests and pink for pink dye tests).⁣⁣⁣
⁣⁣⁣
There is always a control line. A line that will show up whether you’re pregnant or not. This is to make sure that the test is working. If you don’t see any lines at all, the test isn’t working!⁣⁣⁣
⁣⁣⁣
But as the urine moves through the test, it may leave a thin grayish line. This is often called the evap line, because it’s caused by the evaporation of urine.⁣ It doesn’t always happen, but it could!⁣⁣

You can get evap lines with any line-test. The problem with blue dye tests is that the blue line of a true positive can sort of resemble a gray-ish evap line that could show up even if you’re NOT pregnant. This may lead you to doubt the results!⁣⁣⁣
⁣⁣⁣
If you wait long enough for hCG to build up, there won’t be any doubts regardless of what test you use. That is because you start producing hCG as soon as the embryo has implanted (which is often between 8-10 days after ovulation) and it doubles approximately every 48-hours.⁣⁣⁣ ⁣But it’s those early days that give the blue dye tests a bad rep! That’s when your hCG levels aren’t high enough yet to produce a very obvious line. If you wait until 14 days after ovulation (which is NOT necessarily when your period is due!), your levels should be high enough to produce an obvious line on any test.⁣⁣⁣
⁣⁣⁣
But if you don’t want to wait that long, and you’re questioning your lines… go pick up a pink dye test! ⁣⁣