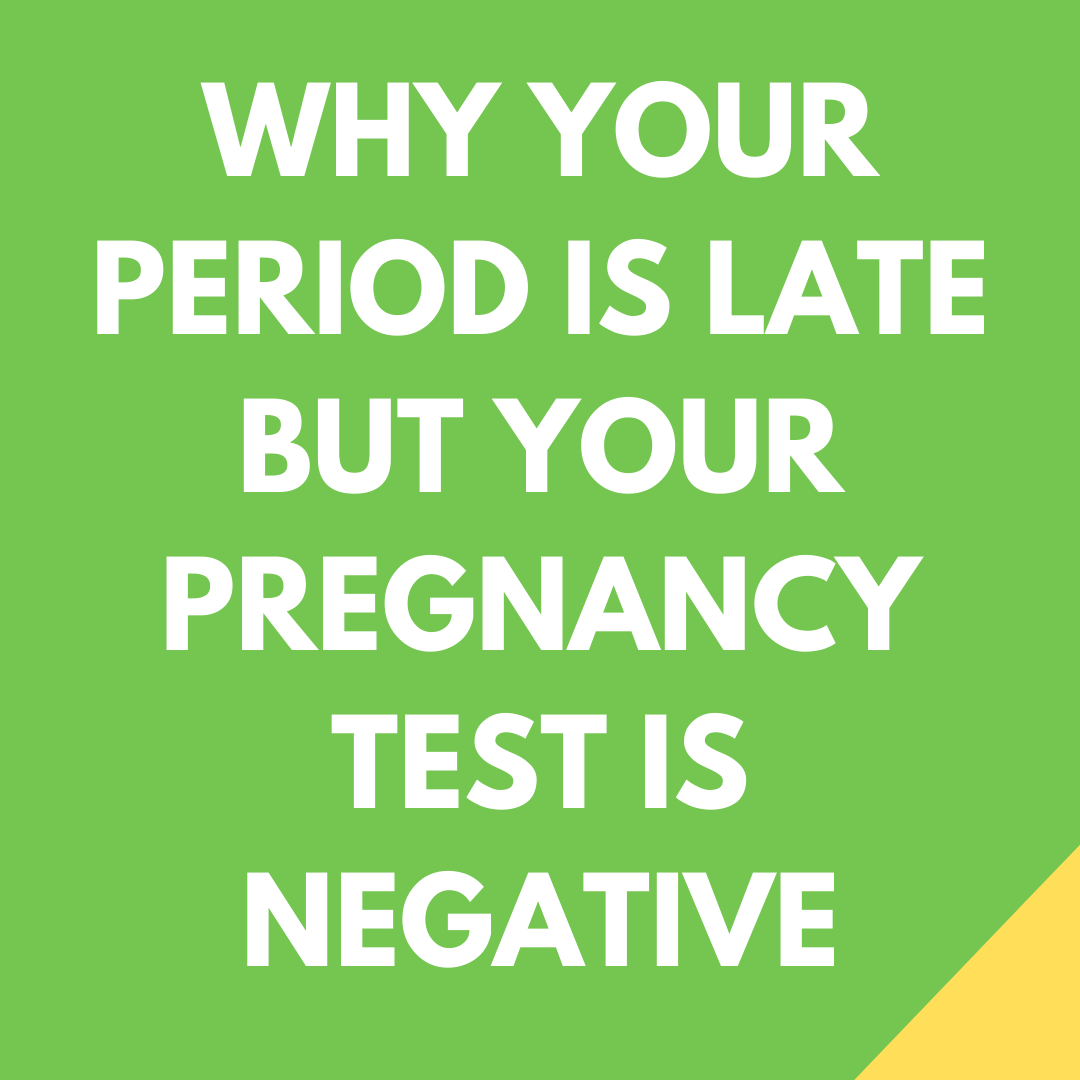 You’re a few days late for your period. You tested, and it’s negative! What’s going on? Is the test not sensitive enough? Can I still be pregnant even though my test says I’m not?

Well, yes, it’s possible. To understand why, you need to know about the two phases of your cycle.

The first part, the follicular phase, can vary in length. Most women ovulate somewhere between cycle day 13-19, but it’s very well possible to ovulate earlier, or later. The average day of ovulation was recently found to be on cycle day 17. But just because you ovulate on day 17 this month, it doesn’t mean you’ll do so again next month.

So… can I still be pregnant after a BFN?

To answer the question; “can you still be pregnant even though you’re late and just got a BFN (big fat negative) on your pregnancy test”? Yes, but only if you ovulated later than you thought.
Did you track ovulation using ovulation predictor kits, cervical mucus, and confirmed it by measuring your basal body temperature? If you’re absolutely sure of your ovulation date and 2 weeks have passed since you ovulated, and you’re still getting negatives, you’re probably not pregnant.

But if you relied on an app to tell you when you ovulated, well… chances are you ovulated later and you’re simply not as “late” as you think. Apps can be very helpful, but only if you give them enough information to work with (like tracking your temperature, logging OPKs). If all you’ve given them is the start of your period, they go by averages. But you’re not average. No one is.

The moral of the story is: track your ovulation so you know if your period is actually late, or if you just ovulated later than expected.