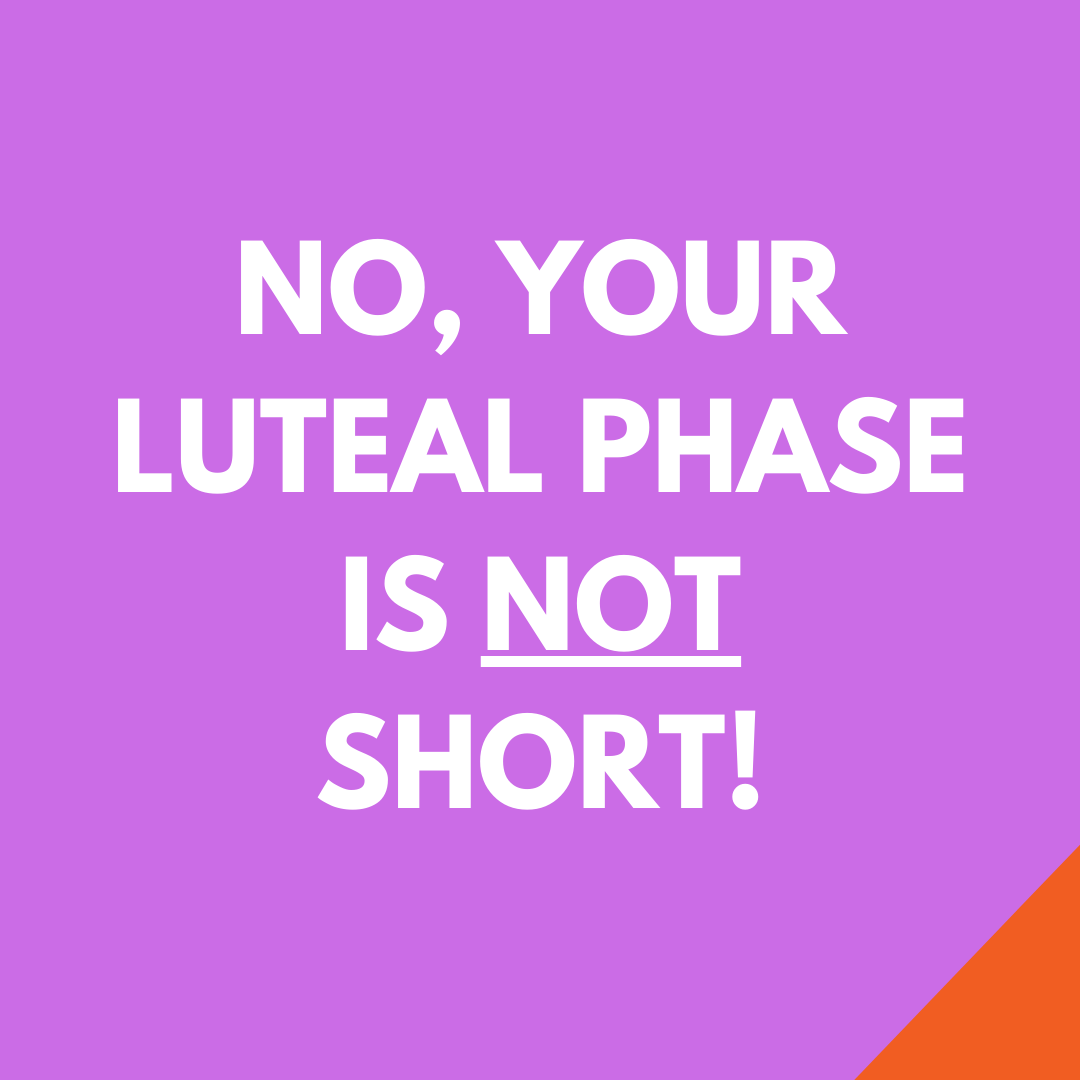 Ah, the Two Week Wait (TWW). Hated by many, loved by… no one? 😂 But did you know that the average luteal phase (the period between ovulation and the start of your next cycle) is shorter than the “two weeks” we’ve all been calling it?⁣⁣

A recent study that analyzed more than half a million cycles of women found that the average was only 12.4 days!⁣⁣

Turns out that the luteal phase (after ovulation) is much more stable than the part of your cycle leading up to ovulation (the follicular phase). So while you may have noticed that the cycle day you ovulate can shift around (for example; you ovulated on day 16 last month, but it was day 20 this month). The luteal phase simply isn’t as variable.⁣⁣

If, for example, your luteal phase was 13 days this month, there’s a very good chance it’ll be 13 days next month as well (give or take a day, maybe 2).⁣⁣

Here, I talked about there being a 4-day difference in the time it takes from the start of your cycle to ovulation when comparing young women to women over 40. But the TWW is pretty much the same no matter how old you are. For example; those in the age group 18-24 had an average luteal phase of 12.2 days, while 40-45-year-olds had an average of 12.5 days.⁣⁣ Like I said, pretty much the same!

So even though it’s called the Two Week Wait, it’s probably not exactly two weeks. I have to admit though, calling it the 12.4-days-wait doesn’t have that great of a ring to it!⁣⁣