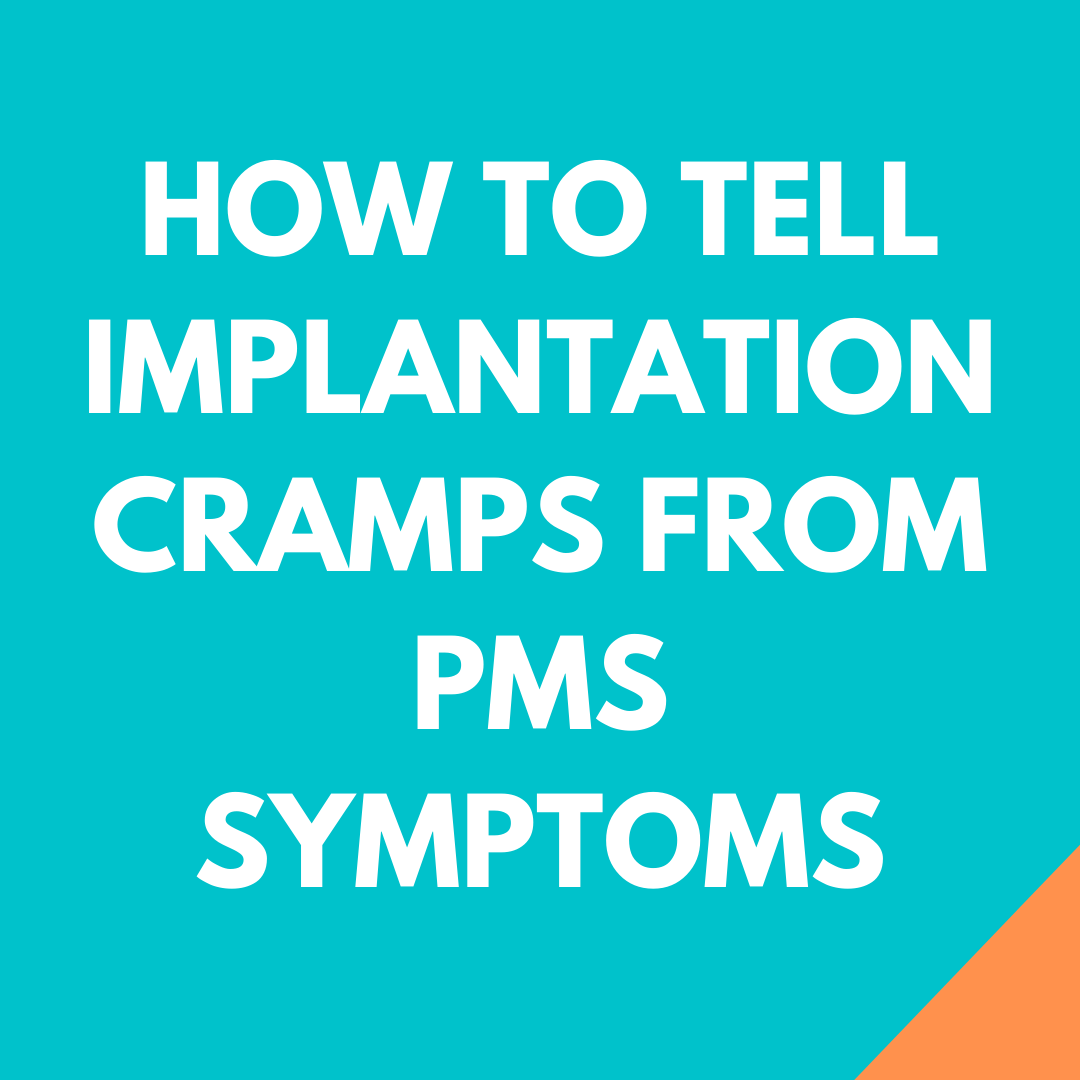 Is it implantation or just PMS?

Did you get to this page because you were checking whether the symptoms you feel are due to you being pregnant? If so, welcome symptom spotter! Let me officially welcome you to the TTC-club. Because I truly believe that if you’re not symptom spotting, you’re not really trying to conceive 😉 Kidding, kidding!

Let’s say you had sex at just the right time in your fertile window, sperm found its way up the Fallopian tube, and one lucky sperm cell was able to fertilize the egg. Congrats! You’re about half way to being pregnant!

Next up, the fertilized egg has a journey of 5 days ahead where it will continue to grow. Turning two cells into 100 cells, all while traveling down the tubes and getting ready to find a real nice, cushy spot in your uterus to implant.

The tiny embryo, smaller than a poppy seed, generally floats around for a few more days and is finally ready to find a home around 8-10 days after ovulation. As soon as that happens, you’re PREGNANT! The implanted embryo starts secreting hCG (the pregnancy hormone) and you’ll be able to pick that up with a pregnancy test a few days later.

About 30% of women report feeling implantation cramps around a week to 10 days after ovulation. Some report a sharp pain, while others call it a dull pain. Most agree that it doesn’t hurt as much as menstrual cramps that you may experience while on your period. But around 75% of women experience PMS symptoms, some sources say it’s as high as 90%. And guess what one of the most common reported complaints is? Yup; cramping! So how do we tell the difference between the two?

Spoiler alert; we don’t! The women who experienced cramping and ended up pregnant, would have probably felt those same cramps if they did not get pregnant that cycle.

The hormone that causes these cramps isn’t hCG (the hormone released when you’re pregnant). Instead, we have the hormone Progesterone to blame for that, which rises after ovulation. Progesterone causes all sorts of fun symptoms that you’re likely to encounter during the two week wait (TWW): bloating, sore boobs, digestive issues, mood swings. Like I said, all the fun stuff!

So if you’re crampy; there are two likely scenarios:

Just because you felt cramps, doesn’t mean you’re either more, or less likely to be pregnant.

In a few days you’ll know which group you belonged to!