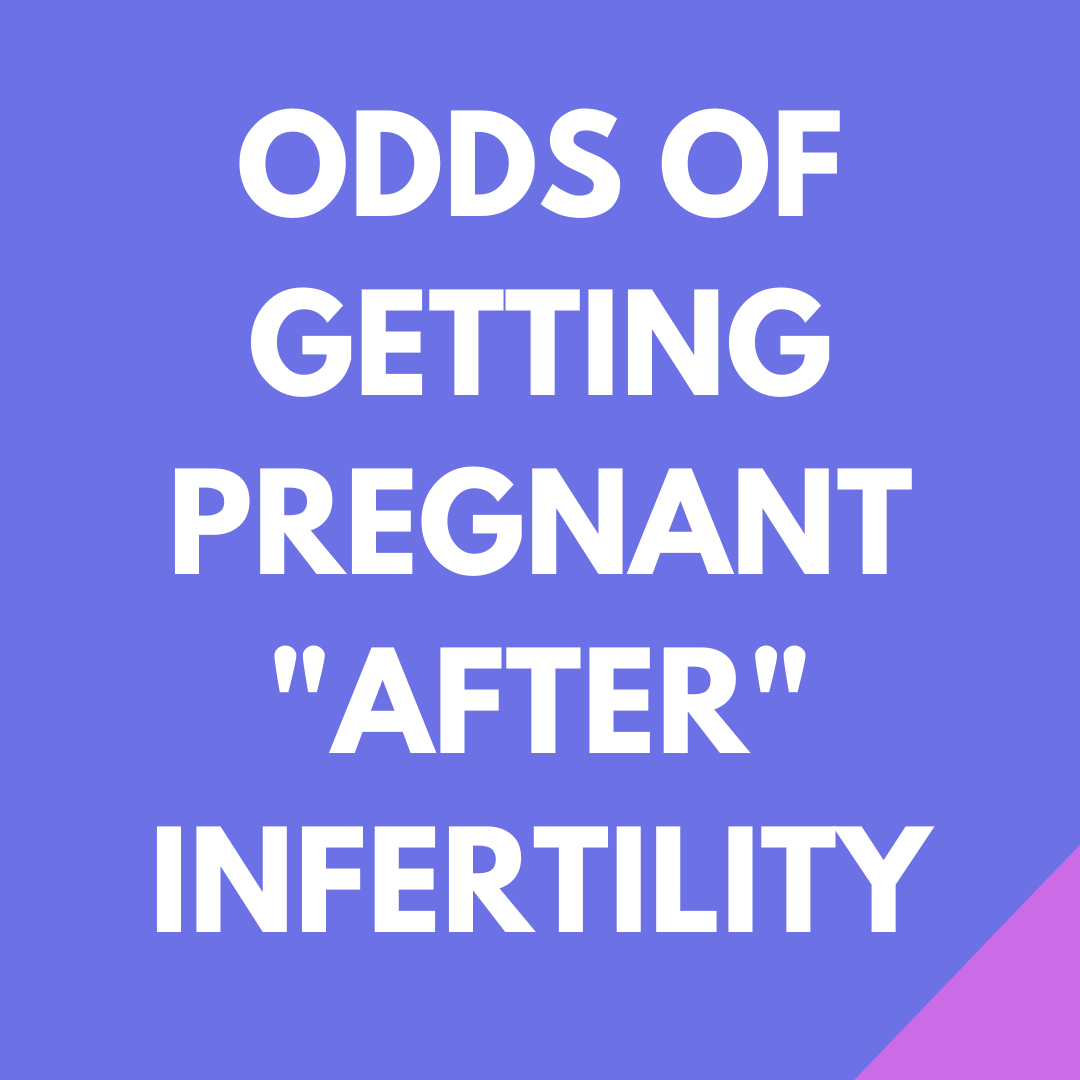 For National Infertility Awareness Week (annually in late April!), I wanted to highlight a study that should give everybody struggling with infertility some hope. ⁣⁣⁣⁣Hope is perhaps the one thing that is both easy to lose and so extremely important to have.⁣⁣

⁣⁣Researchers from New Zealand followed couples who were referred to a fertility clinic. They had been trying for at least a year and were labeled as “infertile” for various reasons.⁣⁣ Have a look… 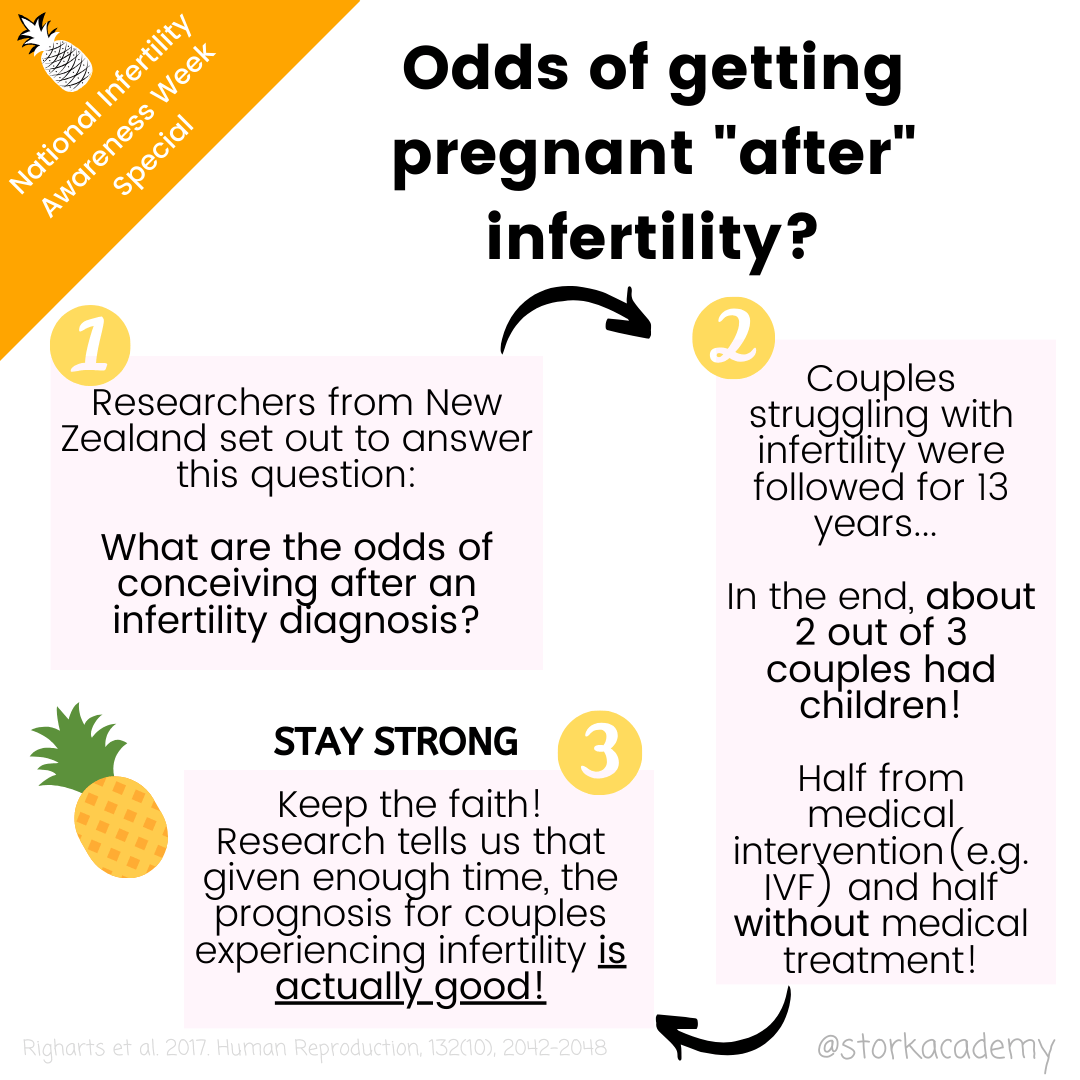 ⁣⁣
In total, 1,386 couples were included and followed for 13 years. And what the researchers found was very encouraging. After following up with the couples at the end of the study, almost two thirds (61.7%) had at least one child! ⁣⁣
⁣⁣
In fact, of the women who got pregnant, most had 2 or more children (55.6%)!⁣⁣
⁣⁣
Of the couples who conceived: about half (56%) were able to do so with the help of assisted reproductive technology (IVF or IUI), and 44% got pregnant without medical help.⁣⁣
⁣⁣
If you’ve been trying and it’s just not working (assisted OR unassisted) the waiting can feel like an eternity but don’t give up! I hope 13 years from now you’ll look back at this period in your life and think of it as just that. A period in your life. A difficult period. But a period that made you stronger. ⁣⁣
⁣⁣
Chances are you’ll be looking back at those hard times with a kiddo (or two ;)) and tell them just how much they were wanted, for such a long time.⁣⁣
⁣⁣
Don’t ever lose hope. Don’t ever give up!⁣⁣