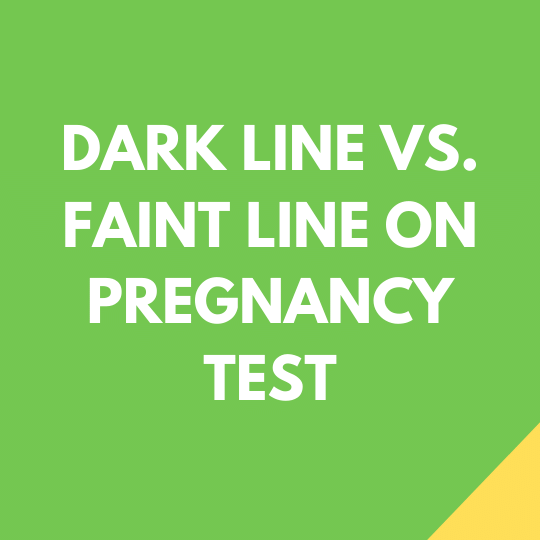 Two lines on a pregnancy test means you’re pregnant. But what can the line intensity tell us? The big question is…

Is a Faint Line on Your Pregnancy Test OK?⁣⁣⁣⁣ 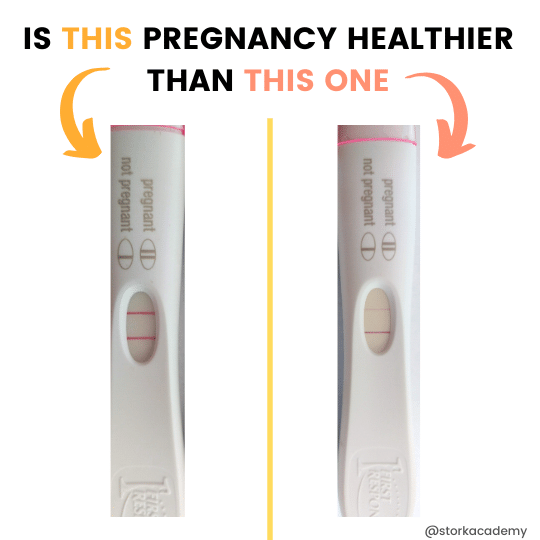 Your period due date shifts as you ovulate earlier or later in your cycle, so it’s not static.

Your egg was hopefully fertilized soon after ovulation. After that, it takes about 8-10 days before it finds a good nesting spot in your uterus. As soon as that happens, the little embryo starts to secrete the pregnancy hormone (hCG) that you can pick up with a pregnancy test. It usually takes a few days before your levels are high enough to detect in your urine though.

So if you test early and you’re pregnant, your lines will look like the test on the right. And if you wait a few days, it’ll probably look like the one on the left.

If you test late (past 14 days past ovulation) and your line looks very faint, and you’re 100% sure of your ovulation date, then, unfortunately, there is a somewhat higher chance your pregnancy could end in an early loss.

hCG levels should double every 48-hours or so, and a faint line could indicate that your levels haven’t been rising properly, or that your embryo implanted late (which is also associated with an increased chance of an early loss).

But there are other things that influence the line intensity in those early days (looking at you diluted urine!). So you can’t go by line intensity alone either.

And let’s not forget; the majority of pregnancies do end in a live birth. And a faint line (even at 14 DPO) is still a reason to celebrate (sans alcohol of course)⁣⁣⁣⁣⁣!