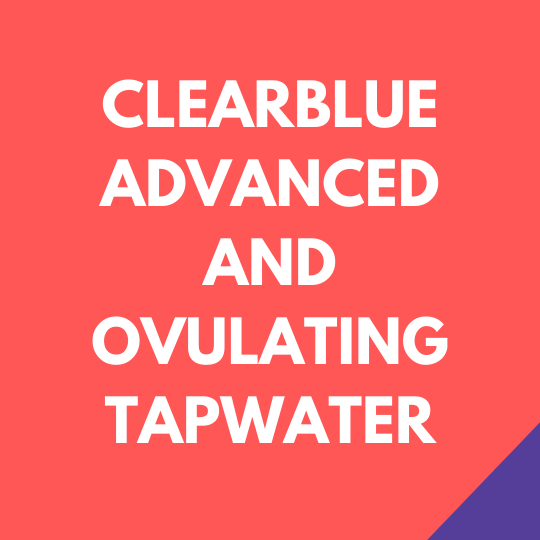 Have you ever bought a Clearblue digital OPK because you thought regular paper OPK strips were too confusing, only to find out that these digital tests are confusing on many other levels too?⁣⁣⁣

Well listen up, because I’ll tell you exactly how they work (and how they’re different than paper OPKs)….⁣⁣⁣

This is the Clearblue Advanced OPK

Let me explain why that happens!⁣⁣⁣

The “Advanced” part refers to the ability of the machine to predict your fertile window a few days sooner than traditional OPKs. It does so by not just measuring your LH levels, but also measuring the hormone estrogen. ⁣⁣⁣
⁣⁣⁣
Estrogen release is closely tied to the growing eggs inside your ovaries. As the eggs grow, your estrogen levels increase as well. This rise in estrogen is what the machine picks up first.⁣⁣⁣

⁣⁣As soon as a certain estrogen threshold is reached it sets off the surge of LH, which is the final step needed before you ovulate.⁣⁣⁣⁣ So by testing the levels of estrogen, the Advanced OPK is able to detect when you’re entering your fertile window and it alerts you a few days before your LH surge. ⁣⁣⁣
⁣⁣⁣
As soon as high levels of estrogen are detected, the machine displays a flashing smiley, indicating your fertility is high. ⁣⁣⁣
⁣⁣⁣
It will continue to display this flashing smiley until the LH surge has detected, after which it will show a static (non-flashing) smiley. ⁣⁣⁣
⁣⁣⁣
On average, there are about 1-3 days of “High” fertility before “Peak” fertility is displayed (depending on the start of the LH surge). ⁣For some, it may take longer. ⁣⁣
⁣⁣
But if the LH surge isn’t detected at all (maybe your levels never reached the sensitivity threshold) the OPK will keep displaying the “high fertility” message, as it continues to look for that LH surge. So “high” will be displayed, no matter if you test with your urine or even tap water!⁣⁣⁣

And that is how your Clearblue Advanced tells you your tap water is “ovulating”!