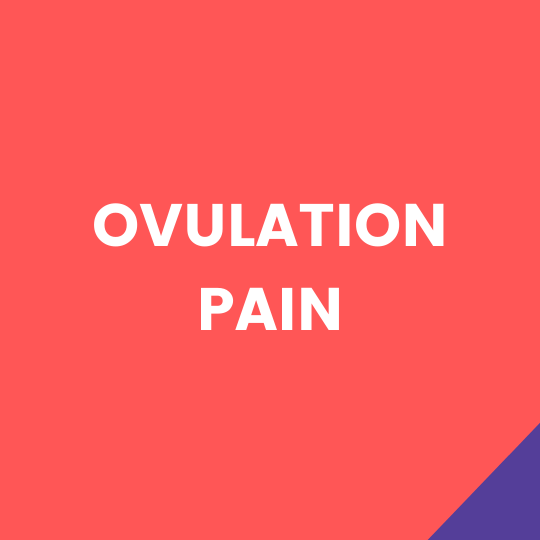 Ovulation pain, do you regularly feel it? What do you think causes the pain? Let’s go over a few different theories!⁣

A popular theory is that as the egg follicle ruptures, the fluid within the sac (that houses the egg) causes irritation, which leads to pain. This means that as soon as you feel the pain, you would have ovulated. But research shows that in some women, the pain happens before you ovulate!

Another theory is that it’s the growing follicle that causes the ovary to contract, which leads to cramps.⁣⁣ This theory is a lot more likely to be true.⁣
⁣⁣
Unfortunately, we simply don’t know with 100% certainty what causes the pains. What we do know, is that the location of the pain (left or right) doesn’t necessarily correspond to the side you’ll be ovulating from either, but in the majority of cases, it does. ⁣So if you feel a sharp pain on your right side, there’s a good chance -but not a guarantee- that you’re ovulating from the right ovary this month. ⁣⁣⁣Studies have also shown that in some women, the pain occurs on the same side every single month, even though ovulation tends to alternate from side to side from one month to the next (as confirmed with ultrasound!).⁣⁣⁣
⁣
Don’t feel ovulation pains? That’s perfectly normal too! Researchers found that about 30% of women experience ovulation pain around the time of ovulation. When I polled the TTC community on social media a couple of months ago, the percentage was closer to 50%. The most likely explanation for that is that women who are trying to conceive are more aware of aches around the time of ovulation.