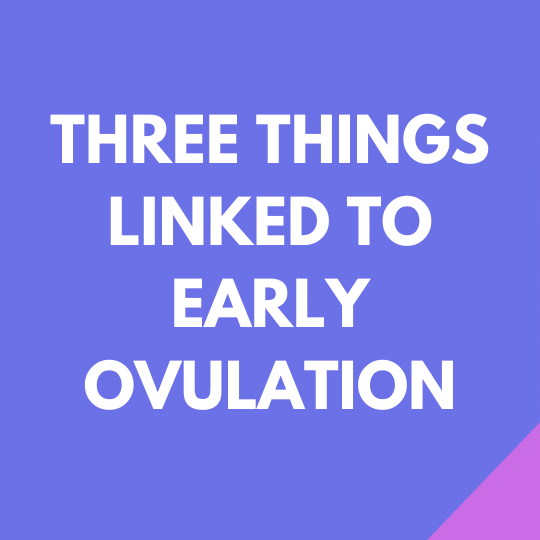 When do you ovulate?

It mostly has to do with how our bodies respond to certain hormones. But beyond that, what else can influence your ovulation date?⁣⁣⁣⁣⁣⁣

➖ 𝐎𝐥𝐝𝐞𝐫 𝐚𝐠𝐞⁣⁣⁣
The older you are, the earlier you ovulate. A recently published study found a little over a 3-day difference between women who were between the ages of 40-45 compared to those between age 18-24.

➖ 𝐀𝐥𝐜𝐨𝐡𝐨𝐥 𝐮𝐬𝐞⁣⁣⁣
Alcohol can influence your sex hormones, which may cause (premature or early) ovulation.

➖ 𝐇𝐞𝐚𝐯𝐲 𝐜𝐚𝐟𝐟𝐞𝐢𝐧𝐞 𝐮𝐬𝐞⁣⁣⁣
Women who consume more than 300 mg of caffeine per day have on average, a shorter time to ovulation.