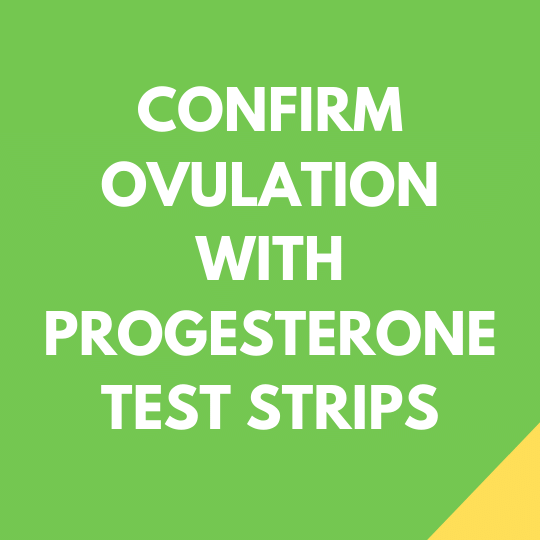 Many of us know exactly what a positive OPK looks like: the test line that’s as dark as the control line.⁣⁣⁣
⁣⁣⁣
But… did you know that not all pee-on sticks work the same⁣⁣?

The case of the missing test line⁣⁣⁣

If you’re looking to CONFIRM ovulation, progesterone test strips are the way to go. The test checks for the presence of metabolized progesterone particles (called PdG). If a certain threshold is reached, the test line actually DISAPPEARS!⁣⁣⁣
⁣⁣⁣
So they do the exact opposite of OPKs, where a strong test line means that you’ll soon be ovulating. So if you still see the test line; it means your progesterone levels didn’t reach the threshold (yet).⁣⁣⁣
⁣⁣⁣
They’re not purposely trying to confuse you by going the opposite way; it’s just that the structure of the molecule makes it impossible to create a test that works the same way as an OPK. ⁣⁣⁣
⁣⁣⁣
So…⁣⁣⁣
– OPKs can 𝐩𝐫𝐞𝐝𝐢𝐜𝐭 ovulation: the test line should be as dark or darker than the control line.⁣⁣⁣
⁣⁣⁣
– Progesterone tests can 𝐜𝐨𝐧𝐟𝐢𝐫𝐦 you’ve ovulated. The control line should be the only line that shows up.⁣⁣⁣