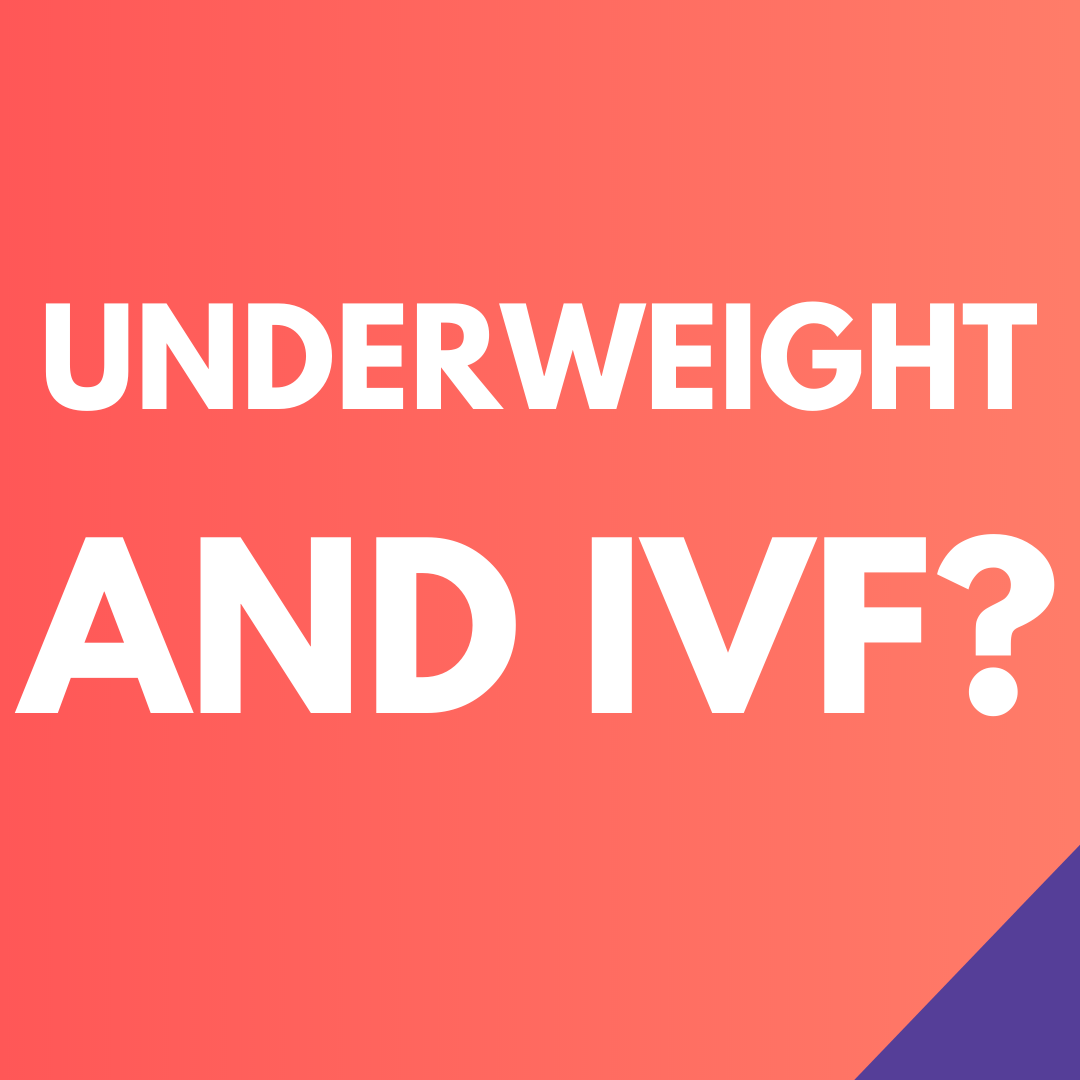 I know, no one likes to talk about weight!

We’ve all heard that having a healthy weight is important when you’re trying to conceive. Most of those talks focus on how being overweight can be a problem. But we also know that a complete loss of ovulation is often seen in women who are very underweight. ⁣

But what if you’re going through IVF while being underweight? ⁣⁣

A study published recently looked at IVF success rates in women who were underweight. In other words, can underweight women who have trouble conceiving get pregnant using IVF just as well as women with a “normal” body weight?⁣
⁣
The researchers looked at nearly 20,000 women and show that IVF can pretty much “circumvent” the problems of trying to conceive while being underweight! ⁣
⁣
They found that underweight women undergoing IVF have the same chance of getting a baby (live birth) as women who are normal weight! ⁣There was also no increased risk of miscarriage among underweight women, which is also comforting to know!⁣
⁣⁣
Having said that, if you have an eating disorder such as anorexia, please seek help from a medical professional before trying to conceive as under-nutrition (which isn’t the same as being underweight) is linked to many poor outcomes such as preterm labor.⁣⁣
⁣