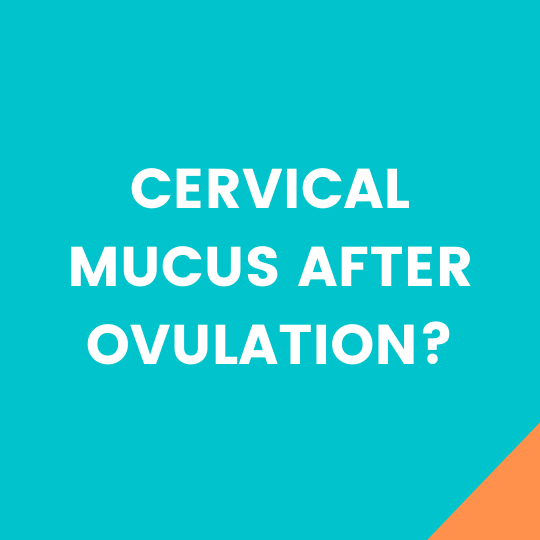 Does Cervical Mucus Change After Ovulation?

Estrogen rises during the first part of your cycle and peaks right before you expect your OPK to become positive. It’s a sign that your eggs are growing.⁣⁣⁣

This rise in estrogen is what turns your cervical mucus into the slippery/egg-white looking discharge that you see right before ovulation.⁣⁣⁣

But after you’ve ovulated, progesterone dominates and your cervical mucus changes pretty much immediately. The consistency changes from watery to thick and the quantity changes from a LOT to barely anything. It can still be sticky, but the stretchiness is gone. The abrupt change is a good indicator that you’ve ovulated and the fertile window has passed.

Many women get a day or so of more watery CM a few days before they get their period, which is thought to be due to a shift in hormones.⁣⁣

So in addition to other ways of confirming you’ve ovulated (like tracking your basal body temperature), your cervical mucus going from watery to dry is a pretty good indicator that you’ve actually ovulated.