Meat, Poultry, Fish, Tofu: Which Protein is Best and Which One is Worst for Your Fertility?

In the second part of my Foods for Fertility series I’ll try to answer this question: depending on the type of protein I eat, does it help or hurt my chances of getting pregnant? And as always, I give you my thoughts on the facts as backed by science.

Why protein is important for your fertility

And I’m not just talking about protein being important to you! Getting enough protein is also really important for your future baby as well. For example, feeding rats a protein-restricted diet results in impaired embryo implantation and way fewer baby rats being born.1,2

So yeah, I think we’ve established that protein is really important 😉

But does it matter what you eat? Chicken or fish? Pork or beef? Soy or Turkey? Beans or Yogurt?

For most of us, these are our main sources of protein. A lot of research has focused on dairy, so I’ll talk about that in its own separate post. Let’s start off with meats!

Less than 10% of people in the United States are vegetarian.2 And the remaining 90%? They get most of their protein intake from meat. But what I’m about to tell you might make you seriously consider Meatless Mondays!

Remember how I talked about the Nurses Health Study in the previous post? Researchers from the Harvard School of Public Health looked at meat consumption in relation to fertility.3 Just to refresh your memory, thousands of women were asked to answer a detailed questionnaire about their dietary habits every 2 years, over the course of 8 years. They were also asked if they’d been attempting to get pregnant and whether they’ve been at it for more than a year without success and whether they had issues with (a lack of) ovulation.

With this information in hand, researchers tried to figure out if dietary patterns were associated with fertility in any way.

The researchers found that women in the top 20% of total protein intake, that is, meat, fish, dairy, and beans had a much higher risk of ovulatory infertility. 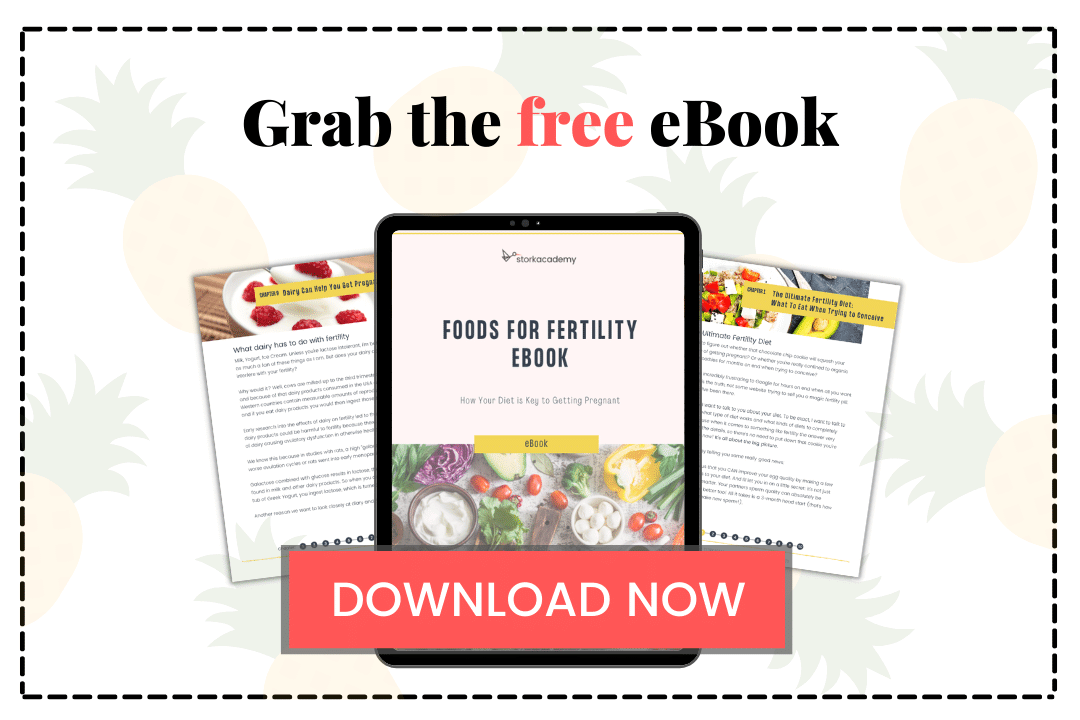 Each additional serving of meat per day (while holding the total number of calories the same) was associated with a 32% greater risk of ovulatory infertility. That means these women had a much-increased risk of not ovulating (and thereby, not being able to get pregnant).

Now the question on everybody’s mind is: which meats are the worst offenders. And the answer might be somewhat surprising!

Processed meats did not tip the scales of infertility much. Neither did fish consumption (okay maybe that one isn’t very surprising).

The big offenders were both red meats (beef, pork, lamb, venison) at a 42% increase in risk, and poultry (chicken, turkey) at a 53% higher risk of ovulatory infertility.

While these results are pretty damning, nothing in science is set in stone until it can be replicated many times over. Well, a recent study tested whether women undergoing IVF had lower antral follicle counts.4

Luckily, the researchers found no link between meat consumption and a lower antral follicle count.

One hypothesis is that the actual quality of the egg, and down the line, how well the embryo grows, is influenced by meat consumption

Researchers from Brazil tested whether meat consumption has an influence on the actual quality of embryos.5 In IVF, doctors tend to look for good quality embryos. The best embryos develop into something called a blastocyst after roughly 5 days of incubation. The not-so-good quality embryos never make it to day 5.

Let’s talk about protein sources that are not meat. Beans, lentils, cereal, cheese, pasta, soy, and tofu. There are many non-meat sources of protein, and there is some pretty convincing evidence that consumption of this kind of protein can actually help your fertility!

Just like before, researchers used data from the Nurses’ Health Study where the dietary habits of women were recorded for many years. They found that women who were in the top 20% of vegetable protein intake had a 16% lower risk of early menopause than women who consumed much less protein. Just increasing daily vegetable protein intake by 1% lowered the risk of early menopause by 6%!

In fact, an additional serving of daily pasta was associated with a 36% lower risk of early menopause!

Hold on, wait a minute!

Pasta isn’t usually seen as a high protein product (5-8 grams per 100-gram serving, depending on the type). But it’s still a bit odd seeing how pasta could win this shootout. My guess is that women who eat lots of pasta also tend to adhere to the Mediterranean Diet, which we know is associated with many positive health outcomes, including fertility.

Soy is a major source of protein for many across the world. And there’s a thing that makes soy, tofu and other derived products special.

Now, exactly how this works and what influence isoflavones exert is still being investigated, but there are several studies that give us some clues. And it’s looking pretty good!

A 2019 study from the University of Sao Paulo in Brazil looked at female mice who were given soy isoflavones for 8-weeks. After that, the researchers looked at the mice’s ovaries.7 They found that the soy isoflavones had to ability to protect the eggs and could possibly even extend the ovarian lifespan!

And another study found that when female mice’s diet was enriched with soy, embryo quality improved substantially!8

So far so good, right?

Unfortunately, it’s not all sunshine… In one study thousands of women from the Adventist church were asked about their dietary habits. Why you might ask? Well, the church is known to encourage its members to lead healthy lifestyles and vegetarian diets.

Researchers found that in women over age 40, a very high soy isoflavone consumption of 50 milligrams per day was actually linked to a slightly lower chance of having children. But the difference was very minimal at only 4%.

To eat 50 milligrams of soy isoflavones you really need to put in an effort! The average isoflavone consumption in Western societies is less than 3mg.9 Tofu which is made of soy, for example, contains about 22mg of isoflavones per 100 grams,10 so to reach 40 or 50 milligrams every single day, you must really be a tofu-fanatic! And even then, the difference is only 4%.11

Soy isoflavones: so is it good or bad?

So far, we’ve seen some evidence that suggest that soy isoflavones are a good thing for egg quality and fertility in general, but also that at high doses it could even (slightly) harm fertility. What’s going on here?

Some recent studies tried to shed some light on this question. Do soy isoflavones actually help fertility or not? Well, the evidence suggests that there is one particular group that can expect a boost in fertility: couples having trouble conceiving!

Take this 2015 study from Harvard. Researchers looked at 315 women who were undergoing IVF treatment for infertility.12 They found that higher consumption of soy led to a higher chance of becoming pregnant and delivering a healthy baby.

And in yet another IVF study, high dose soy isoflavones lead to a much improved pregnancy rate of 30.3%, compared to 16.2% in women who only received a placebo pill.13

There are two ways isoflavones could be helpful with fertility: one is by improving the endometrial thickness, which is something researchers from Italy found in women undergoing intrauterine insemination (IUI).14

So are soy and tofu good for your fertility?

If you’re struggling to conceive, it could have a positive influence, especially if your exposure to BPA is high.

Protein is a really important building block of your body, and that also includes your eggs and eventually your baby too. Eating enough protein is very important.

Taking it all in, the most important message I can give you is that when it comes to fertility, animal protein is “worse” than vegetable protein, because…

So if you’re having trouble conceiving, simply cutting out meats from your dinner a few nights a week and replacing it with beans, lentils or tofu might not be such a bad idea!

END_OF_DOCUMENT_TOKEN_TO_BE_REPLACED 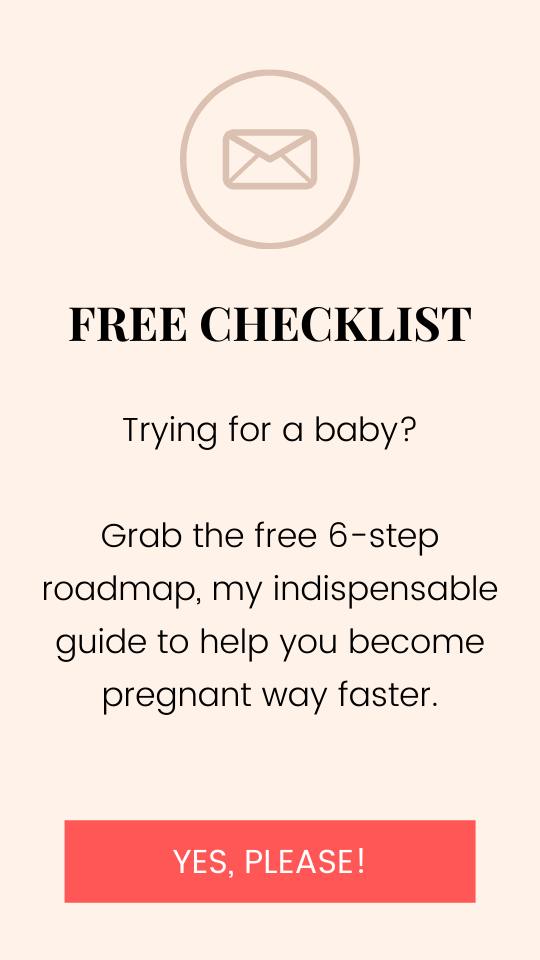 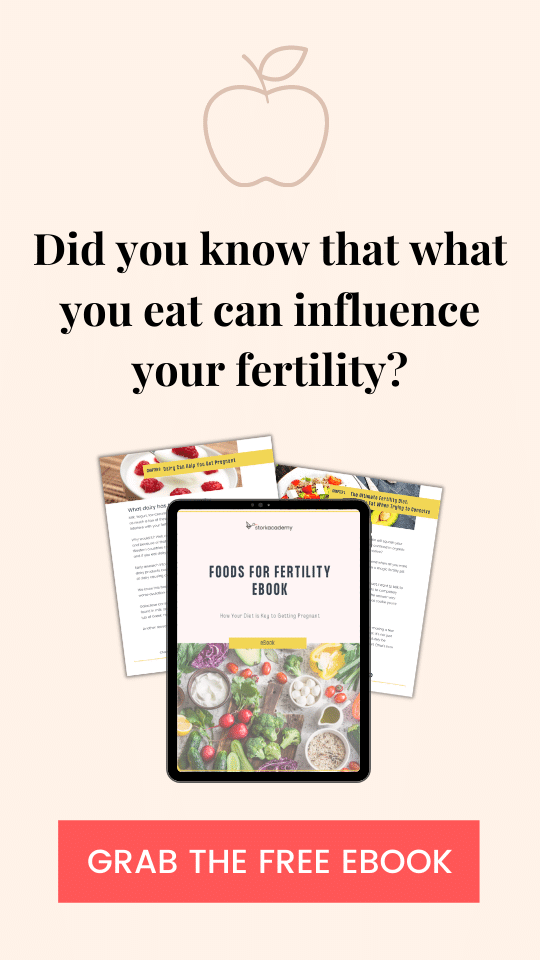