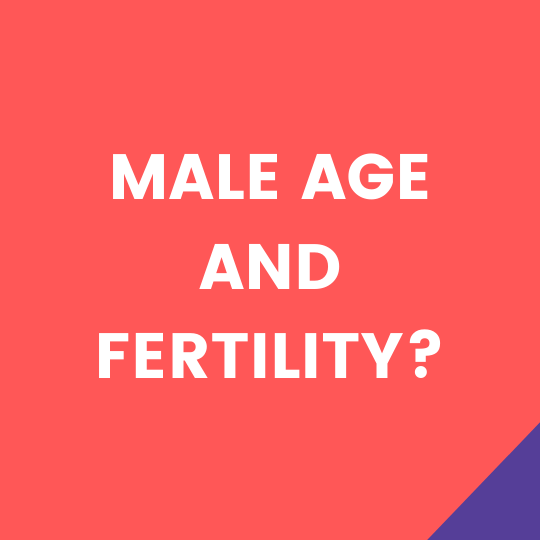 What do Charlie Chaplin, Robert De Niro and Pablo Picasso have in common?

It sounds like the first line of a bad joke… but the answer is that they were all pretty old when they became fathers!⁣⁣⁣⁣
⁣⁣⁣⁣
⁣⁣⁣We all know about the biological clock that women have. Fertility declines as we age and once menopause hits, that’s it. It’s definitely over.⁣⁣⁣⁣
⁣⁣⁣⁣
But it’s not exactly a secret that men can still conceive even though they’re old. ⁣⁣⁣⁣
Charlie Chaplin: 73⁣⁣⁣⁣
Robert DeNiro: 68⁣⁣⁣⁣
Clint Eastwood: 66⁣⁣⁣⁣
Steve Martin: 67 ⁣⁣⁣⁣
⁣⁣⁣⁣
and I could go on and on!⁣⁣⁣⁣

⁣⁣⁣⁣⁣⁣So you might think that for men, age doesn’t matter. Old guys can still get women pregnant.⁣⁣⁣⁣

Well, yes, BUT… a new study showed that for each year the male partner is older, his fertility tends to decrease at a rate of about 4%. ⁣⁣⁣⁣
⁣⁣⁣⁣
I can hear you think: but old men tend to have older partners too. ⁣⁣⁣⁣⁣⁣⁣True, but that 4% is actually independent of the woman’s age! ⁣⁣⁣⁣
⁣⁣⁣⁣
So for all the men out there… You have a bit of a biological clock ticking too!⁣⁣⁣⁣
⁣⁣⁣⁣
⁣⁣