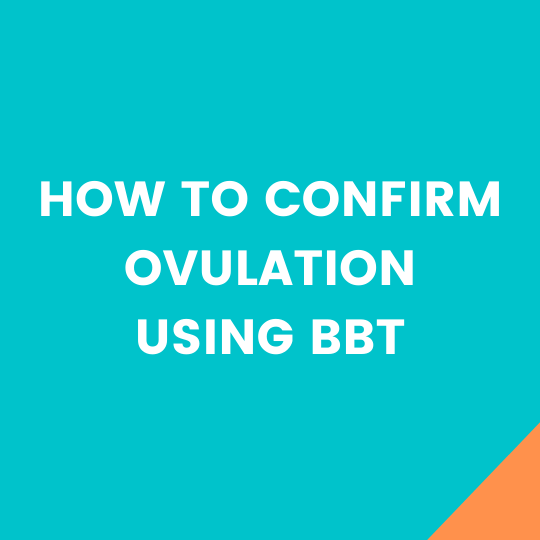 I’ve gotten so many questions about basal body temperature (BBT) charting recently, that I felt a post about it was way overdue! And luckily, it’s one of my favorite topics 😄⁣.

Take a look at the chart below… 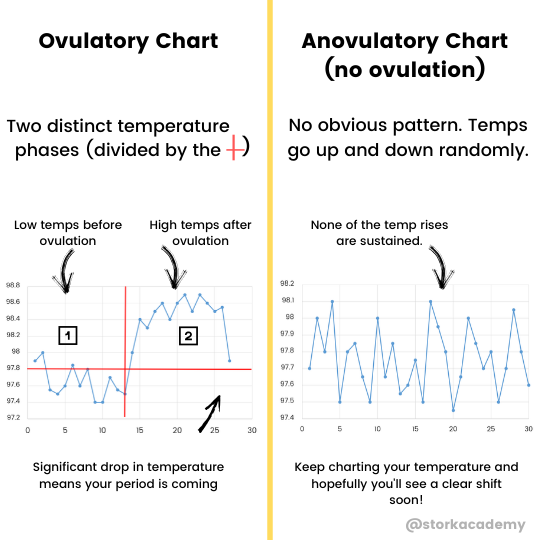 Let’s start with the chart on the left. This is your typical ovulatory chart with a biphasic pattern (called that way because of the two phases that are easily spotted).⁣⁣

Your temperature goes up and down a bit during the early days of your cycle and it all seems pretty random. Right?

Keep in mind, one high/low reading doesn’t mean anything. But then, on CD 15, you see a bit of an increase in temperature. It could just be a random spike, and if it was, you’d expect a lower temp reading the day after… but nope, the temps stay high and are even climbing!⁣

That tells you that ovulation has happened and you’re no longer in your fertile window. It can take a few days before you know for sure that the rise in temperature is sustained. Your temperature goes up after ovulation because of the rise in the hormone Progesterone. It’s basically what turns your internal thermostat up. ⁣⁣

⁣Now right at the end of the chart, you see a drop in temperature. That’s something you DON’T want to see when you’re trying to conceive. It means your period is very likely coming, usually that same day or the next. If you were pregnant, your temps would stay up all the way throughout your pregnancy.⁣⁣

The chart on the right? That’s an example of a chart where the temperature readings go up and down and up and down. There is no sustained rise in temps, which means that you haven’t ovulated (yet).⁣⁣

But just because your cycle is long doesn’t mean that you won’t ovulate. There’s still a chance you’ll ovulate a bit later, so keep checking your morning temperature every single day, and look for that sustained rise in temperature!