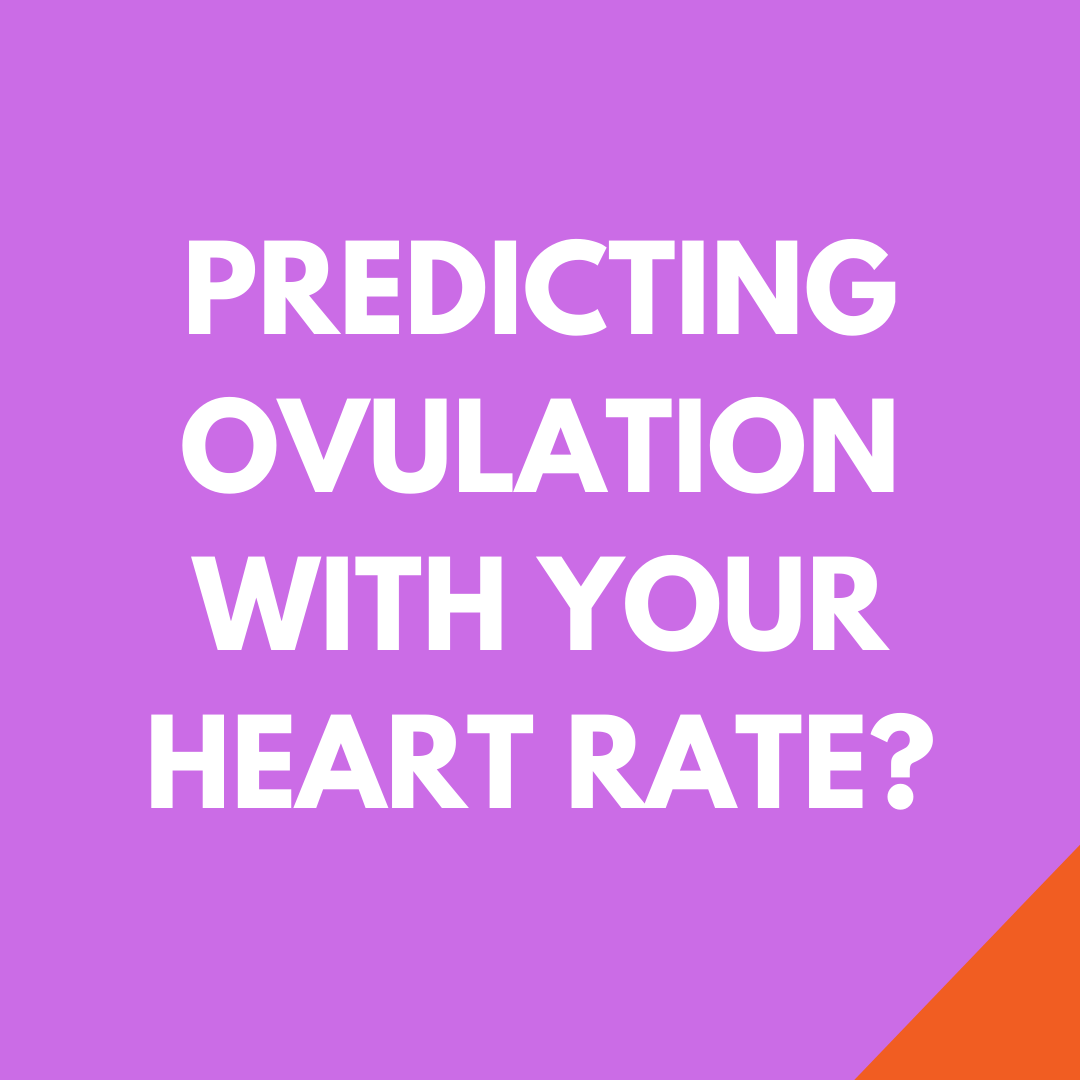 Can Your Heart Rate Predict Ovulation?

Predicting your fertile window is pretty much one of the easiest things you can do to increase your chances of getting pregnant. ⁣⁣⁣
⁣⁣⁣
I’m sure you’re familiar with using ovulation predictor kits (OPKs) or your cervical mucus to predict ovulation, and charting your basal body temperature (BBT) to confirm it… but what other signs does your body send out to let you know where you are in your fertile window? Can knowing your heart rate help in any way?!⁣⁣⁣
⁣⁣⁣
Researchers from Switzerland tried to figure out whether wrist-band Heart Rate monitors can detect when you are in your fertile window. ⁣⁣⁣Fluctuations in hormones cause your heart rate to move up or down just a tiny bit, and it turns out that the heart rate when you’re sleeping is just a little bit higher around the day of ovulation, than it is at the start of the menstrual cycle. ⁣⁣⁣
⁣⁣⁣
The difference is on average 2.1 beats per minute faster. And a few days after ovulation, what the researchers call the mid-luteal phase, the heart rate goes up even more, about 3.8 beats per minute faster than at the start of the menstrual cycle.⁣⁣⁣
⁣⁣⁣

Taken together, this means that a slight bump in resting-state heart rate could mean you’re ovulating that day. That being said, daily fluctuations you might observe during the month may have you THINKING you’re ovulating, while it could just be a random fluctuation. ⁣⁣⁣
⁣⁣⁣
What’s more, the additional increase in heart rate seen in the luteal phase could be a way of confirming that you’ve actually already ovulated, which is definitely helpful.⁣⁣ And if your heart rate stays high even after your period is due, it may indicate that you’re pregnant!⁣
⁣⁣⁣⁣⁣⁣
Disclaimer: Some of the authors from the scientific study describing these claims work for the company producing fertility tracking heart rate monitors. Which doesn’t mean that the results can’t be trusted, not at all. But I would say it does mean that many other -independent- studies are needed to verify the value of heart rate monitoring.⁣⁣⁣
⁣⁣⁣
Reference: Shilaih et al. 2017. Scientific Reports, 7, Article #1294.